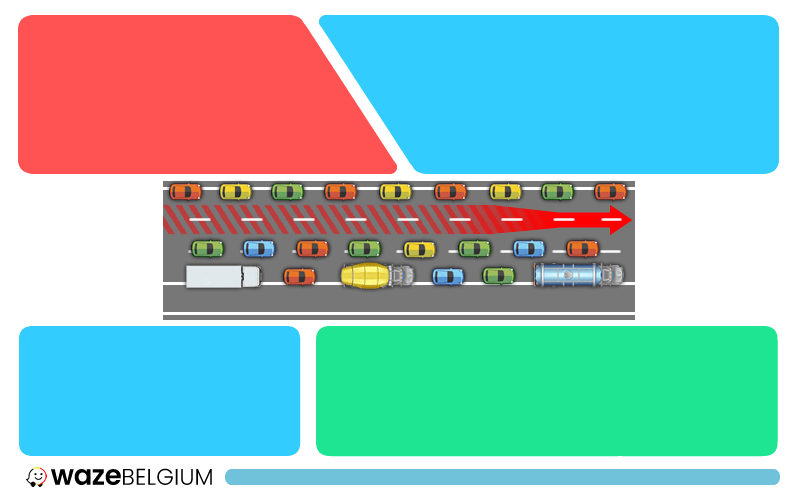 As of today (October 1), the creation of an emergency corridor has become compulsory in Belgium. Drivers need to do this when standstill traffic happens on motorways with two or more lanes. These emergency corridors give emergency vehicles a quicker access to the accident. Countries like Germany introduced this measure many years ago already, to great success.

Waze tries to spread the message about this law. The app shows a notification reminding about the emergency corridor. It shows up to anybody who opens the app in Belgium within the coming weeks.

On motorways with two or more lanes, drivers in the leftmost lane must keep to the left as much as possible. online casino in Australia The other lanes should keep to the right as much as they can. As such, an emergency corridor in Belgium should be located between the first and second lane (counting from the left). Drivers should not go outside their lane. That may only be done to create enough room for emergency vehicles to pass. This emergency corridor should be ready before the emergency vehicles arrive.

Emergency vehicles used the hard shoulder for this in the past. However, there is often a ton of damage-causing debris located there. Also, this lane is often occupied by broken down vehicles.